Image from: Papers and Pencils

Whether you’re a new GM, nervous but eager to experiment with story ideas, or an experienced one with a handful of favorites that you enjoy seeing taken in new directions, figuring out how to start the campaign can be a headache.  Most just default to having the characters meet at a tavern or inn, and while perfectly serviceable in its own right, there are plenty of alternate ways to join the party together in a more organic and interesting fashion.

First things first: tie some characters together.  If you have four to six complete strangers in your game, of course it’s going to be harder to group them all up without heavy-handed storytelling.  So don’t be afraid to attach some of them: a brother and sister, say, or two travelers who met on the road and threw their lot together.  Having a shared history between characters encourages roleplaying, and makes it easier to tie large groups together.

That brings us to our second point: backstory. Think of their initial motivations and skip the “quest acceptance” phase where they all hear about it together and decide to group up.  Draw on the characters’ backstories to supply their motivations for the initial scenes, and bring them together “in the field,” as it were.  Instead of everyone being at a tavern and hearing about a bounty on a dragon that settled in a nearby cave, have them meet on their way there, or at the cave’s entrance. Explain to each how they heard of the dragon in their own way, and let the player figure out their motivations for going.  Perhaps the Paladin was ordered to kill the beast by his superiors, while the Rogue is going in search of treasure.

This may seem like railroading to some: after all, the GM is forcing the characters to already be somewhere doing something. But the point is to have the characters meet in new and interesting ways: plopping them all conveniently at an inn is no less railroading.  Besides which, each character can still make their own decisions upon meeting the others if the character is intent on going it solo, or end up deciding to turn back.

And finally, there’s no such thing as coincidence when you’re playing minor deity to the story.  Don’t just acknowledge that fact: embrace it.  If people look at you funny when they “just happen” to run into a fellow player’s character, just raise an eyebrow, cross your arms, and ask them if they’d prefer to still be on their own when the bad guys show up.  In most cases though, you won’t have that problem.  Players tend to want to group up: as much as metagaming is discouraged, they know they’re supposed to be playing this social game together (in most cases) and will happily take any given excuse to have their characters meet for the first time and interact.

But that’s no excuse not to give them a better story and setting for it.

The local ruler or magistrate has summoned one of the players, the Warrior, to be questioned after a citizen accuses their character of mass murder.  Shocked by the false charge, the Warrior is further dismayed to see guards ready and waiting to throw him in jail.  He makes a run for it, and after ducking into an alley to evade pursuit, is aided by the second player, a Rogue who feels sympathetic to a fellow (alleged) criminal.  Protesting his innocence, the Warrior nevertheless accepts the Rogue’s help and is able to give the guards the slip, for now.

(Or perhaps the Warrior allows himself to be jailed so that he may fight the unjust charges at trial, only to overhear that he’s to be executed the next morning.  A Rogue in an adjoining cell has a plan to escape, but lacked the strength to do so alone, and the two collaborate to gain their freedom.)

Meanwhile, the third and fourth players, a Druid and Priestess brother and sister, are doing what they can to discover the truth behind a series of murders in the town that seem unnatural to them, bearing traces of necromantic magic.  They hear of the Warrior’s arrest, and realize that he is being framed.  They decide to find him and enlist his aid to finding the truth of the matter, and thus clear his name. 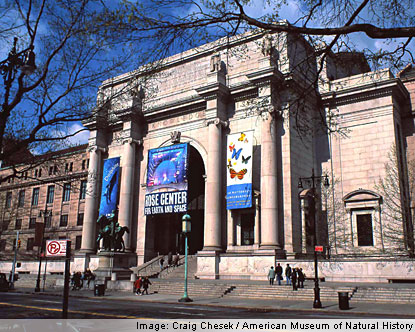 An ancient artifact has recently been discovered in an archaeological dig, and is being unveiled at the Museum of Natural History.  The first player, the Archaeologist,  will be giving a presentation and speech recounting how the artifact was found and its mysterious origins.  The second player is also there, one of the journalists tasked with covering the story.

During the presentation however, an explosion goes off and sends the crowd into a panicked stampede. In the confusion, a group of masked men smash the display, grab the artifact, and run for it.  The Journalist gives chase hoping to get more info for her story, as does the Archaeologist  who is incensed beyond reason at the thought of the priceless artifact (and his greatest find) being stolen and lost to history.  They don’t manage to catch the thieves, but become acquainted in the process of chasing them.

The next day, the Archaeologist is called in to assist in the investigation of the robbery, which is being led by player three, the Detective.  While answering questions, the Archaeologist gets a call from the Journalist from the night before, who has questions of her own about the artifact and who might be interested in it… questions that indicate she is on the trail of the thieves.  The Detective is intrigued to know what information the Journalist has and how she got them, and the two enter an agreement to share information for first rights to breaking the story.

A science vessel on its way to monitor a new planet recently sent out an SOS, then went ominously silent.  The United Terran Republic sends out a search and rescue ship, which players one and two, Medic and Marine, are on.  When they arrive there, they see that the ship appears undamaged, but get no response when hailing it. The rescue ship docks with the larger vessel to investigate.

Unbeknownst to them, a stealthed pirate ship has already arrived at another bay, and its crew, including players three and four, Mercenary and Mechanic, are scavenging its strangely unoccupied interior for valuables.  When they detect the rescue vessel, they decide to cut their raid short and head out.

Strangely, their ship’s controls are dead, and the rescue ship’s crew discovers the same problem with their vehicle.  The only clue they have as to what happened to the science vessel is player five, a Pilot who claims that she was asleep in her cabin when a strange energy pulsed through the ship and woke her up, to discover her fellow passengers missing without a trace…

These are all merely ideas that can be adapted or inspire your own story’s beginnings with a more memorable, organic Joining of the Party. If you have your own cool ideas or experiences of interesting ways your RPGs have started, feel free to share them!